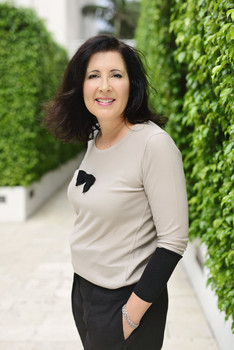 Bonny Rafel is a nationally known disability lawyer who has decades of experience as a voice for the disabled. She focuses her law practice on representing people who are entitled to disability benefits and long term care coverage from insurance companies. She heeds the words of the late Supreme Court Justice, Ruth Bader Ginsberg, who said, “If you want to be a true professional, you will do something outside yourself…something that makes life a little better for people less fortunate than you.”

Ms. Rafel explains on a personal note, "I migrated to this area of the law after spending the first half of my career at a large 25 lawyer defense law firm. Despite working at a defense firm, I took on cases for the people, for products liability, construction claims, medical malpractice and complex auto trials; I was much more comfortable handling claims for people than insurance companies."

Educated at the University of Rochester, she attended Cardozo School of Law on a scholarship. After two decades as an attorney and eventually a partner in a 25-member suburban law firm, Bonny Rafel developed a passion for handling disability claims. Her interest in disability law piqued when she learned from her first disability client that he had been denied disability benefits even though his panic disorder kept him hidden under his desk, unable to trade stocks on Wall Street. She fought for his benefits in Federal Court and mediated the case against Paul Revere Life Insurance Company, who flew in their counsel from Maine to confront her in New Jersey. She did not back down, and won the case. She saw potential to help people battling their insurance companies and her passion translated directly into her strong affinity towards taking on the insurance disability companies. She saw that insurance companies took advantage of the disabled who were too weak, too financially distraught to fight them.

“I became laser focused on disability law as clients came to me, seeking a fair minded but aggressive attorney to represent them in their battle for disability benefits.”

Research revealed that insurers were focusing on claim management, not claim payments, as insurance companies drive to improve their financial bottom line caused the widespread denial of meritorious claims. The mantra of deny, deny, deny rang true. [The Rainmaker]

She began her crusade to help people, one by one, overcome the barriers placed in their way by insurers. She devoted her talent as a certified civil trial attorney at the time, to become “a voice for the disabled”. Since then, she formed her own law firm and for the past 15 years has built a firm foothold in the disability insurance industry, earning the respect of her peers and the insurance companies who know she will not back down until justice is served.

Indeed, thanks to the Rafel team’s attentive care of clients’ claims, she has succeeded in at least 95% of her cases, winning millions of dollars for her clients.

I left my comfortable position as a partnership at the law firm, to chart territory on my own, as a female small law firm owner in 2004 and hung my shingle in Livingston, NJ to focus exclusively on representing the disabled, as their voice. I have grown my firm and have handled over 1500 cases since I went on my own with the support of loyal, dedicated paralegals who have been with me since my first day! Not only have I enjoyed the blessing of a successful law practice, helping so many, one client at a time, but I have earned the reputation nationally as a dedicated, driven attorney who will not back down until justice is served. I was so touched when a Federal Court Judge told me that my reputation for helping clients is not only well-known to the judges but acknowledged by the defense lawyers representing insurance companies. Whether we are filing a claim for a new client, or fighting the “good fight” in federal court for a long-term client, each case receives laser focused attention.

I have shared my knowledge and in-depth understanding of what it takes to establish a successful claim with many others, as an invited speaker to NJICLE, New Jersey Institute for Continuing Legal Education, the New Jersey Association for Justice, the American Association for Justice, legal conference companies such as the American Conference Institute, Lawline, and many others. I enjoy reaching people on a small scale, exchanging my thoughts about disability with financial advisors and medical societies such as the Multiple Sclerosis National Society. I write a blog to inform the public of timely issues that impact claims. See my blogs at www.newjerseydisabilitylawyerblog.com.

NJAJ
Member Since: 1983
Past Member of the Board of Governers

Contact Us
Practice Areas
Client Reviews
★★★★★
I was an Engineer in a Research and Development division of a major corporation, putting in longer hours with the same workload. An unrelated episode landed me in the hospital, where I was DXd with Primary Progressive Multiple Sclerosis, which explained my decline at work. I then learned that I had an employer policy that protected me from this type of a disability. Charlie
★★★★★
I would like to re-acknowledge what a difference your work has made in my life. When forced to retire 5 years ago, you dedication to helping me enroll into my disability policy has made all of the world of difference. George
★★★★★
I cannot thank you enough for successfully appealing my disability benefits. My special thanks also to Eileen for all of their assistance, support and expertise. Your legal expertise of disability benefit entitlement was evidenced by your comprehensive and knowledgeable litigation of my appeal. I read your appeal a number of times and each time I was impressed with your personal touch and special attention to the details of my case. I highly recommend you to colleagues, friends, and family who are in need of obtaining and keeping their disability benefits. I look forward to continued working with you over the next few years in maintaining my disability benefits. MaryJo
VIEW MORE
Submit a Law Firm Client Review